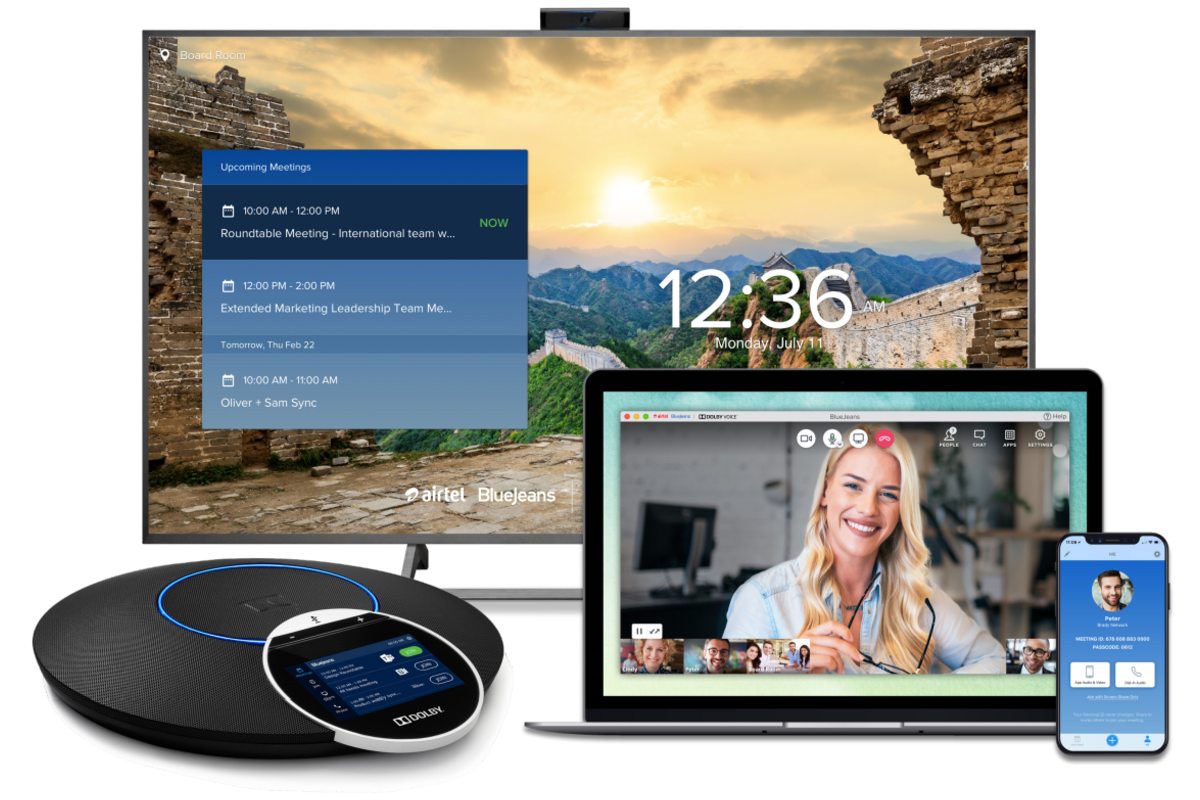 Airtel BlueJeans is debuting as the telecom operator’s answer to Jio’s newly launched video conferencing app JioMeet. The telco has partnered with Verizon-owned BlueJeans to bring its JioMeet-rival to the Indian market. However, unlike the Jio solution that is available for both enterprises and end customers, Airtel is initially targeting its new development to enterprise customers; however, it will reach regular consumers as well. Airtel BlueJeans will also be going against popular video conferencing solutions including Zoom, Cisco Webex, Google Meet, and Microsoft Teams.

As per an official announcement, Airtel BlueJeans will initially available for free for the first three months. Customers need to register on the Airtel site by submitting their details, and the trial will be activated within 24 hours of registration, the operator noted. Notably, you can get BlueJeans subscription directly from the company as well, without going through Airtel, but it will be missing a few features that Airtel is bundling.

After the free-period, Airtel promises to offer “competitive” pricing but has not shared any details at this point.

“The pricing will be segmented at three levels, for large enterprises, medium enterprises, and for really tiny companies, which will be bundled with existing broadband and Internet plans,” said Gopal Vittal, CEO, Bharti Airtel, in a statement.

Airtel BlueJeans is touted to come with enterprise-grade security, along with features such as real-time meetings analytics and live meeting controls. Users will also get dial-in options started at 50 paise per call. Further, there is an Airtel Audio Bridge integration to enable India and international dial in support on a pay-per-use model. The platform supports up to 150 presenters and up to 50,000 attendees.

Similar to other enterprise video conferencing solutions, Airtel BlueJeans is designed to work across desktop and mobile platforms. It also can be accessed through Web browsers and virtual desktop infrastructures as well as interoperable with Cisco, Poly, Lifesize, and other room system gears that are based on SIP or H.323 standards.

US telecom giant Verizon acquired BlueJeans Network in April. The cloud-based video conferencing service already has Facebook and Standard Chartered as some of its key clients.

The addition of Airtel BlueJeans will bolster Airtel’s enterprise portfolio and make the competition tougher for JioMeet that was officially launched earlier this month — after briefly surfacing in May. The Delhi-based operator already has its “Work@Home” plans for enterprise customers under which it is offering tools including Cisco Webex, Google Meet, and Zoom.