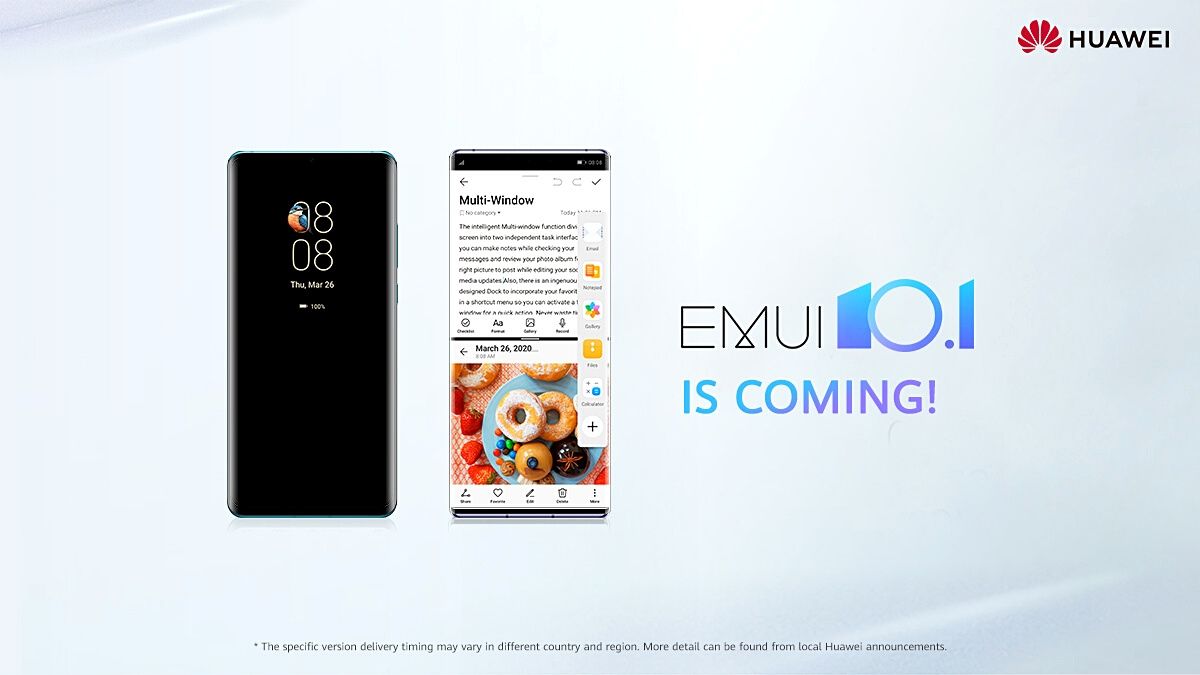 Huawei has announced the global rollout of its Android 10-based EMUI 10.1 update for several of its smartphones. The company had introduced the latest software iteration with Huawei P40 series back in March. Similarly, Huawei sub-brand, Honor will also dispatch the Magic UI 3.1 update on a handful of Honor phones. Users in India of limited Huawei and Honor smartphones such as Huawei P30 Pro and Honor View 20 are also eligible for the latest software update, the Chinese tech giant notes.

Huawei shared the development in a blog post on Wednesday. The company states that the EMUI 10.1 and Magic UI 3.1 for Huawei and Honor smartphones, will start rolling out “later this June.” Smartphones in India that are eligible for the latest software iteration include Huawei P30 Pro and Huawei Mate 20 Pro. The Honor View 20 and Honor 20 users in the country will also receive the Android 10-based Magic UI 3.1 update.

Other Honor phones that to receive the new update include Honor View 30 Pro and Honor 20 Pro.

Although the EMUI 10.1 is not a significant update in terms of design, it features a host of new upgrades from the previous iteration. Huawei has introduced new functions such as Huawei MeeTime and multi-window, along with an upgraded Huawei Share. The EMUI 10.1 also marks the international debut of Huawei’s voice assistant, Celia, however, it will support three languages – English, French, and Spanish – and will be rolled out to Huawei Mate 30 and Huawei Mate 30 Pro in the UK, France, Spain, Mexico, Chile, Columbia and South Africa and “eventually to more countries in the world.”

Huawei and Honor phone users shall be notified about the over-the-air (OTA) update when it’s available in their region. Users can manually check for availability by going to Settings > System & Updates > Software Update.