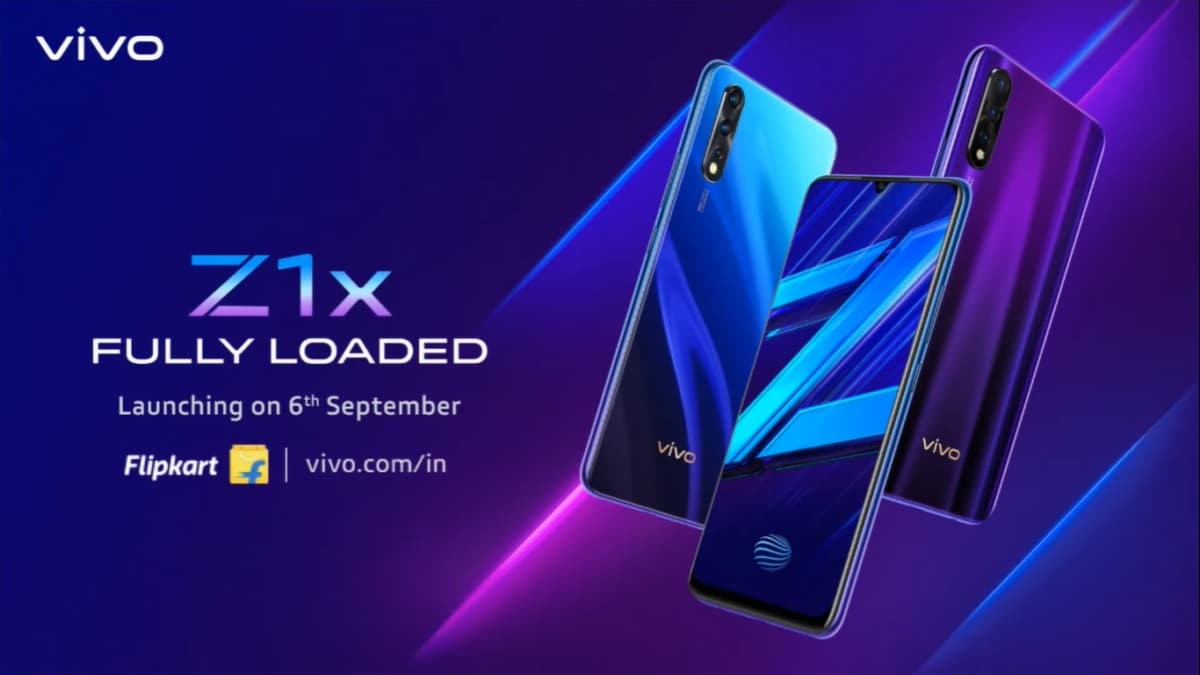 Vivo Z1x is touted to be a performance-centric phone

Vivo is all set to launch a new smartphone in the Z-series called the Vivo Z1x. The phone, which is claimed to deliver smooth performance and handle high-end games with ease, will be launched on September 6 in India. Prior to the phone’s official launch though, Vivo has confirmed that the Vivo Z1x will be exclusive to Flipkart. As per a promotional video, Vivo Z1x will come equipped with an in-display fingerprint sensor and a waterdrop style notch, while a triple rear camera setup will there to handle photography.

Vivo says in its press release that the Vivo Z1x will be exclusive to Flipkart upon launch. The Chinese smartphone-maker notes that the phone has been “designed for consumers that are performance oriented and love playing heavy density games on their handset.” And since the Vivo Z1 Pro₹ 14,990 came equipped with the Snapdragon 712 SoC, we expect the Vivo Z1x Pro to step up and sport a more powerful Snapdragon processor to justify its gaming chops.

The promotional image on the official Vivo India Twitter handle says that the phone will be launched on September 6 in India. It also gives us our first look at the Vivo Z1x, which is depicted in two gradient colours that appear to be shades of blue and purple. On the front, a waterdrop notch can be seen at the top, while the imprint for an in-display fingerprint scanner is also clearly visible in the lower portion of the screen.

As per a short promotional video released by Vivo, the in-display fingerprint sensing module on the Vivo Z1x is called Flash In-Display Fingerprint. The video also shows that the phone will sport triple rear cameras. As per a report from SmartPrix, the upcoming Vivo phone will come equipped with a 48-megapixel camera that will employ the Samsung ISOCELL GM1 sensor.

Additionally, preview of the Vivo Z1x’s official product page mentions that the phone will come equipped with a 4,500mAh battery with support for the company’s proprietary 22.5W Flash Charge technology. The phone is also mentioned to pack a 6.38-inch display that will have a waterdrop notch. The product page also says that the Vivo Z1x will come equipped with a Qualcomm Snapdragon processor, and will let users capture photos with a high level of detail. However, it is unclear whether the latter will be achieved with a high-resolution main camera or a dedicated telephoto lens with zooming capabilities