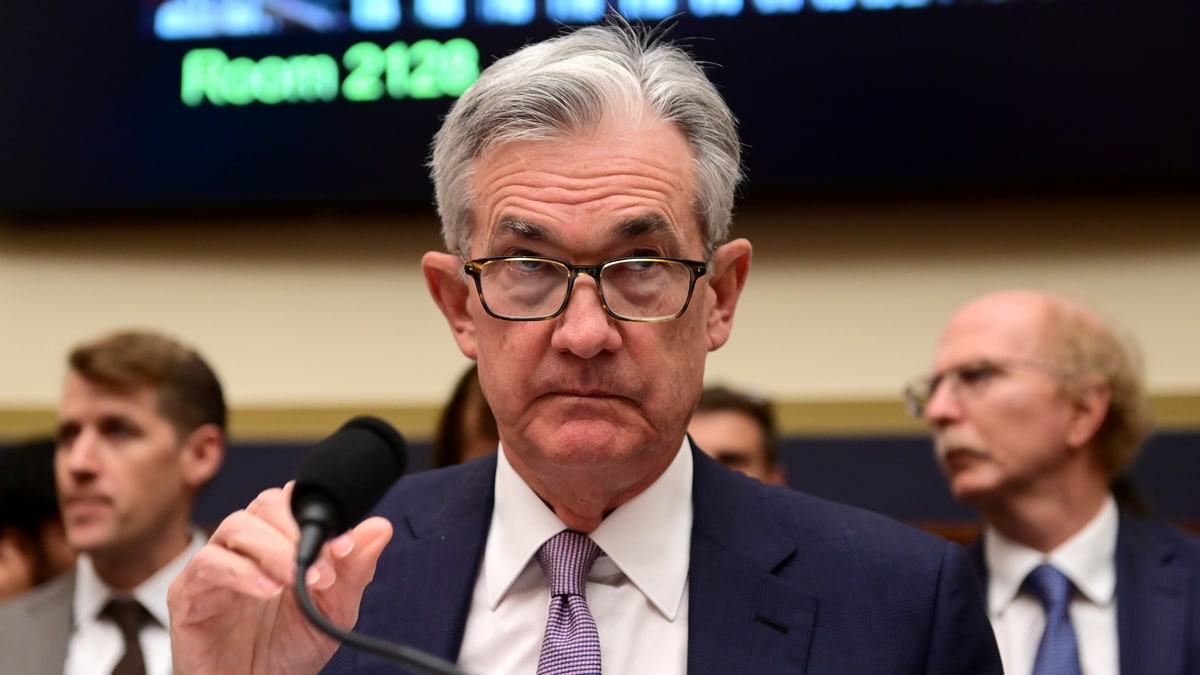 US Federal Reserve Chairman Jerome Powell said on Wednesday that Facebook’s plan to build a digital currency called Libra “cannot go forward” until serious concerns are addressed, comments that pressured the project and dented the price of the original cryptocurrency Bitcoin.

The strong comments from the most powerful US financial regulator underscored the growing regulatory hurdles facing the proposed cryptocurrency, which has drawn scrutiny from policymakers globally.

“Libra raises many serious concerns regarding privacy, money laundering, consumer protection and financial stability,” Powell said during his semi-annual testimony on monetary policy before the US House of Representatives Financial Services Committee.

“I don’t think the project can go forward” without addressing those concerns, he added later.

Powell said any regulatory review of the project should be “patient and careful.” He noted that existing rules do not fit digital currencies.

“It’s something that doesn’t fit neatly or easily within our regulatory scheme but it does have potentially systemic scale,” he said. “It needs a careful look, so I strongly believe we all need to be taking our time with this.”

“We are very much aligned with the Chairman around the need for public discourse on this,” Facebook spokeswoman Elka Looks said in an email. “This is why we along with the 27 other Founding Members of the Libra Association made this announcement so far in advance, so that we could engage in constructive discourse on this and get feedback.”

Powell’s comments about Libra hit the price of Bitcoin, which fell as much as 7 percent during his three hours of testimony.

Late last month, Bitcoin climbed back to near $14,000 and has rallied by more than 30 percent since June 18, when Facebook announced plans to launch Libra. By mid-afternoon on Wednesday Bitcoin was trading at $12,268.99, down 2.4 percent on the day. Facebook shares, too, took a hit during Powell’s appearance before the committee, although they largely recovered that lost ground and were trading 1.3 percent higher at $201.89 a share.

Working group
It was unclear exactly how the Fed could slow the project if it wanted, given the murky regulatory treatment of digital currencies, but Powell’s perspective looms large. Facebook officials are scheduled to testify about the project later this month in Congress, where senior lawmakers have raised data privacy and other concerns.

Powell said the Fed has established a working group to follow the project and is coordinating with other central banks across the globe. He also expects a review from the US Financial Stability Oversight Council, a panel of regulators charged with identifying broad risks to the financial system.

Powell noted that he supports financial innovation as long as appropriate risks are identified, but he said the massive platform enjoyed by Facebook immediately sets Libra apart from other digital currency projects.

“Facebook has a couple billion-plus users, so I think you have for the first time the possibility of very broad adoption,” he said.

Any problems that could emerge through Libra “would arise to systemically important levels just because of the mere size of Facebook.”