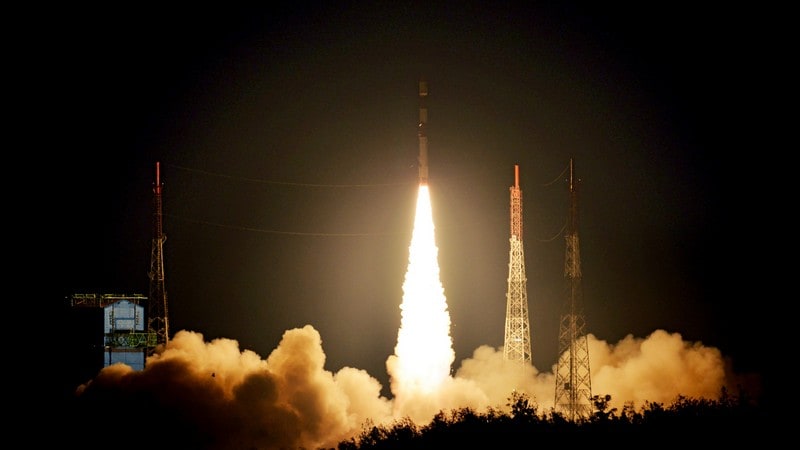 According to Indian Space Research Organisation (ISRO), the countdown began at 5:58am on Wednesday and is progressing smoothly with the fourth stage/engine getting fuelled up.

The PSLV rocket is a four-stage launch vehicle with alternating solid and liquid stages/engines. The PSLV rocket that will fly on Thursday is the core alone variant – the rocket without strap-on motors.

According to ISRO, the PSLV rocket will lift-off at 9:58am on Thursday with the 380 kg Hyper Spectral Imaging Satellite (HysIS) and 30 others together weighing 261.5 kg.

The entire mission will be completed in just 112 minutes after the rocket’s liftoff.

The rocket’s fourth stage will be switched off in just over 16 minutes after the lift off.

After over 17 minutes into the flight, the PSLV rocket will place the HysIS satellite with a mission life span of five years in 636 km polar sun synchronous orbit.

After that the rocket will be brought to a lower altitude of 503 km from 642 km.

ISRO had earlier carried out a satellite mission for over two hours in January.

The primary goal of HysIS is to study the earth’s surface in visible, near infrared and shortwave infrared regions of the electromagnetic spectrum.

Subsequently, the co-passengers of HysIS include one micro and 29 nano satellites from eight different countries. All these satellites will be placed in a 504 km orbit.

While 23 satellites are from the US, the rest are from Australia, Canada, Columbia, Finland, Malaysia, the Netherlands and Spain.

These satellites have been commercially contracted for launch through Antrix Corporation Limited, the commercial arm of ISRO.